Helical Strakes are aerodynamic stabilizers which are sometimes used to reduce the forces and deflections of the stack experienced due to vortex shedding. Strakes consist of three (3) vanes which can be wrapped in a helical pattern on the upper 1/3 of the stack. They have the appearance of a “Snake” which spirals around the stack.

When strakes are added the drag coefficient of the stack is increased greatly. A smooth cylinder will have a shape factor of 0.7, while the same stack with strakes will increase its shape factor to 1.4. Consequently the load on the top 1/3 of the stack is doubled. Since a stack is like a large cantilever beam, increasing the forces at the top by a factor of 2 will increase the loads at the base by approximately 1.5. Similarly, the deflections will also increase significantly.

For more info on helical strakes check out our article: Getting Twisted about Helical Strakes Use successfully for decades

Not useful if tall structure is nearby

Segmented Helical Strakes
Sometimes the helical strakes are fabricated as straight segments and placed in a helical pattern around the stack. Although these are attractive from a fabrication standpoint, they do not always work.

Most codes do not permit strakes of this type, the only one that we are aware of that allows their use is API-560 (Heater Stack). They have been used quite often, and so it is possible that they do work in some situations; however, there are many known situations where they were used and they DID NOT work. Therefore, Meca does not use them in our designs, and we do not recommend their use. Helical strakes are the best option for some stacks, but there are alternatives that can sometimes be more attractive.  Generally, if a stack is 150 ft [45.7 m] or taller, then a damper is a better option.  This is due to the fact that helical strakes signficantly increase the wind drag on a stack which increases the overturning moment.  This has the effect of increasing the weight of the stack, which in turn increases the cost of the stack.  Often adding a damper can save enough cost in the stack and foundation that it will more than offset the cost of the damper itself.

Even if a stack is less than 150 ft [45.7 m] tall, it might still be more desireable to use a damper. Helical strakes are not easy to fabricate and using a damper avoids the need to fabricate these difficult components. Also, the wind loads on the stack are decreased with the use of a damper, which could be desireable in retrofits of existing stacks or trying to reduce the overall loads on the stack and/or foundation.

Here are some common alternatives to using helical strakes that Meca offers and are typical of the industry:

A tuned mass damper (TMD) is a specially designed device comprised of steel components and springs, which is designed to provide a very high level of damping at the natural frequency of the stack.  For more details on tuned mass dampers visit this page. 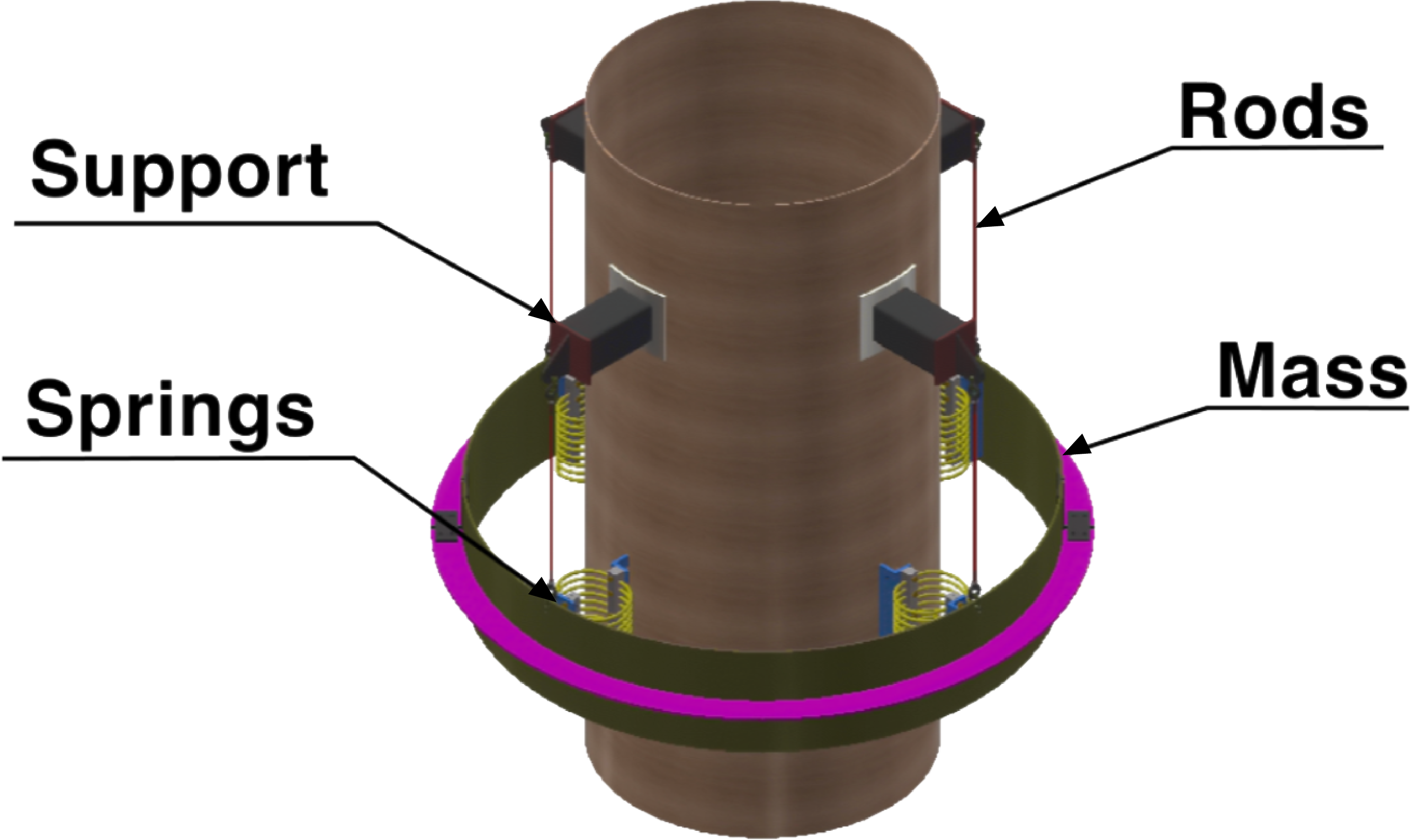 A damping pad is a very heavy duty pad that is placed underneath the baseplate of the structure and beneath each anchor bolt washer. These components introduce damping into the system when they are compressed and can help suppress the vibration. Pads can be used on any height stack, but are most popular on stacks less than 150 ft [45.7 m].  Visit this page to learn more. 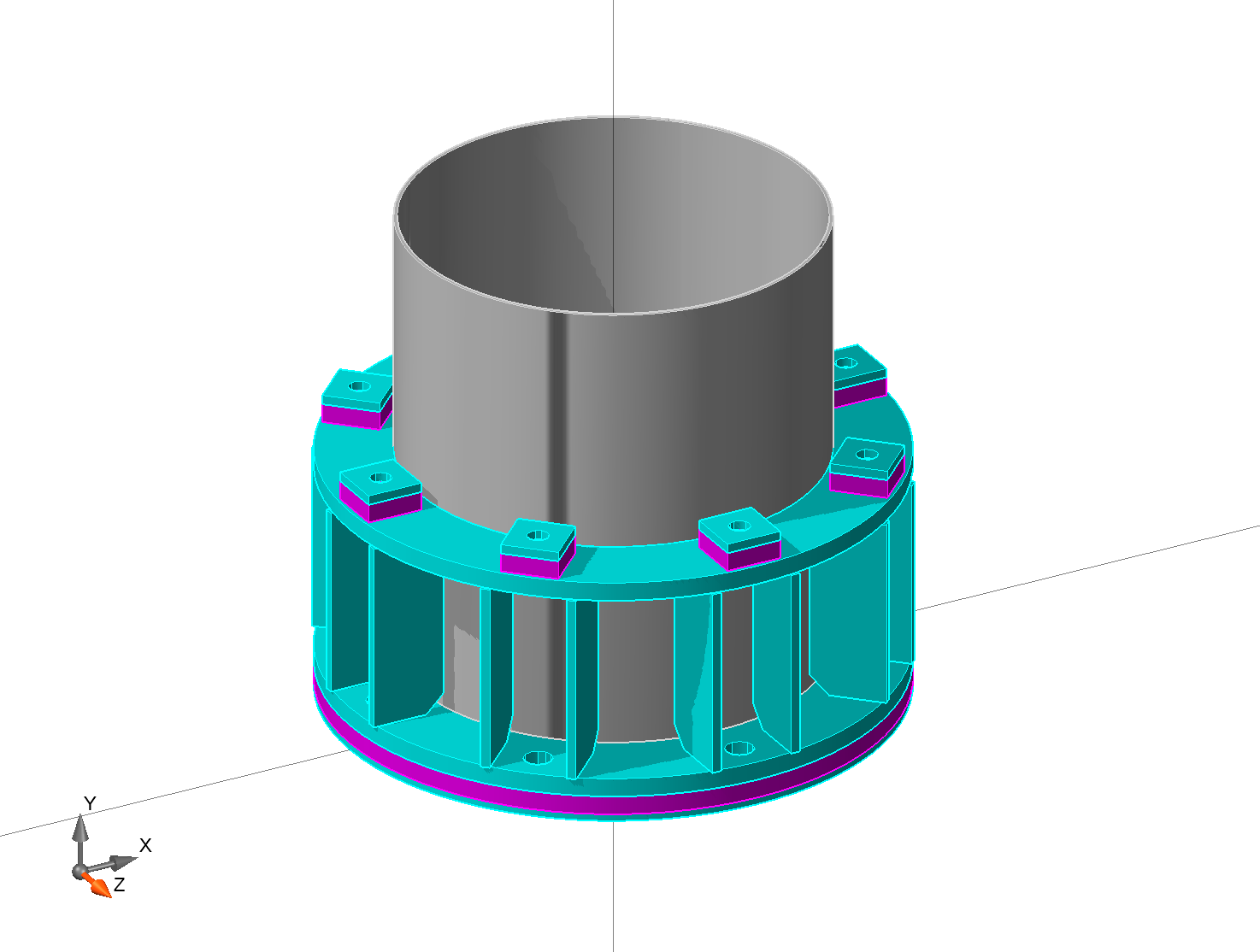 A tuned liquid damper (TLD) consists of an annular ring “box” that is partially filled with a liquid.  The liquid internals are designed to provide damping through sloshing at the desired frequency.  Visit this page for more details. 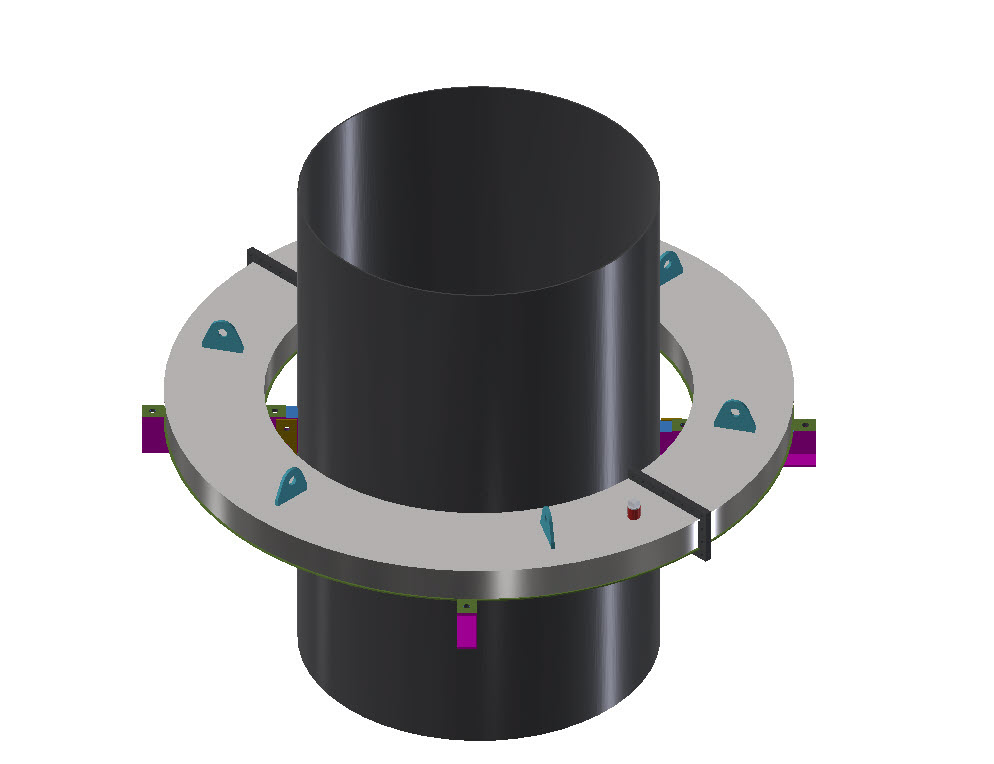 If you are unsure that helical strakes are the right option to reduce the effects of vortex shedding (wind induced vibrations) on your stack, then click on our “Vortex Shedding Solution Wizard” to receive an email about our general recommendation based on your parameters entered.